Description: “The Mediterranean is an area of the Earth that has particularly preserved traces of the past evolutionary processes of our planet. Its geological history, conditioned by the movements of the African and Eurasian continental plates . . . led to the formation of mountain ranges that border the basin, which reaches depths well over 5000 m. Today the Mediterranean is not only a vital hydrological system for more than 30 million people who live along its shore, but also one of the most complex tectonic areas on Earth. This area is still experiencing major geophysical and geodynamic processes and is a natural laboratory for scientists to measure its physical and chemical parameters. Volcanic eruptions and earthquakes indicate that this region is among the most active areas of the Earth, where major disasters occurred throughout its history. The major tectonic and climate variations have caused large sea level changes, capable of drying up the entire Mediterranean basin or flooding the Black Sea, thus influencing human activity throughout history.” 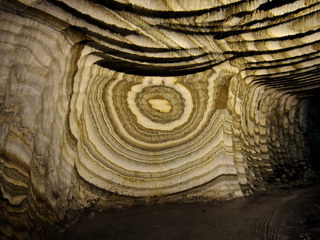