Who is Let’s Talk About Water?

(see also What is Let’s Talk About Water) 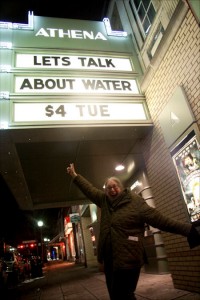 Linda Lilienfeld is the creator and director of Let’s Talk About Water. Linda has over thirty-five years of experience as a film and picture researcher, specializing in science and history on projects ranging from PBS documentaries to museum exhibits and books. She has served for the past ten years as a research assistant to Peggy Parsons, curator of the Film Program at the National Gallery of Art in Washington, DC. She has been a member of the steering committee and pre-screening committee for the International Water and Film Events (RIEC-IWFE.org)

In 1992, Linda was inspired to create the LTAW project while working on an exhibit on global warming at the American Museum of Natural History in New York City. She realized that efforts to solve environmental crises such as global warming were hindered by a lack of clarity in the science and a need to communicate the subject to the public. For Linda, “water knits it all together” and as an advocate of the power of film to communicate, she created a “water and film” library of over 300 films. Linda has screened many of these films in a diverse range of settings—from university campuses across the country, to the House of Representatives’ Water Caucus, to a four-day theatrical program at the World Water Forum 2012 in Marseille, France. 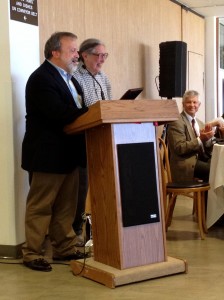 “In recognition of her outstanding dedication and contributions to communicating hydrologic science to the public through film, CUAHSI presents Linda Lilienfeld with this token of our gratitude at the 3rd Biennial Symposium – July 2012”

CUAHSI—The Consortium of Universities for the Advancement of Hydrologic Science, Inc. has partnered with LTAW to provide scientific expertise and technical support. CUAHSI is a consortium of over 125 universities, funded by the National Science Foundation, to support the study of the terrestrial components and processes of the global water cycle. CUAHSI enables the university water science community to advance understanding of the central role of water to life, Earth, and society. They include over 130 affiliate university professors spread across the U.S., Europe and Asia. They provide expertise to localize LTAW events, identify particular problems and solutions, and compose panel discussions that enliven the discussion. Dr. Richard Hooper, President of CUAHSI, engages with the program for general overview of content, agenda setting, and selection of panelists.
[Visit www.cuahsi.org]