Welcome! Let’s Talk About Water is a program designed to bring film and hydrologic science together to spark meaningful dialogue amongst scientists, students and the greater public. In this our third year in Delft, one of the major water capitals of the world, we are presenting a four-part program. Three feature films will be shown on 3 consecutive days at the Filmhuis Lumen focusing on floods, flooding, and Disaster Risk Management, as well as infrastructure and mobility in times of flood. The program will include:

These programs are open to the public — students* can attend for half price. In addition, we will be hosting a Workshop Film, Scientific Visualizations & Water at UNESCO-IHE: Conversation/Short Films Friday, February 20, 10:30am – 12:30pm [students only, free admission].

Our potential guest speakers include:

ThuleTuvalu: This documentary chronicles the upheaval in the lives of people from different ends of the Earth who are increasingly bound together by the ongoing process of global warming. Thule, a small town in northern Greenland, is the world’s northernmost inhabited settlement. Tuvalu is one of the world’s smallest island nations, covering 700 sq. km in the Pacific Ocean. 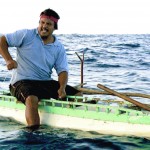 As the residents of Thule watch the arctic ice caps melt and their hunting grounds diminish, the people of Tuvalu cope with advancing sea levels and saltwater intrusion. They fear their island will sink into the sea. Older generations in both places want to stay and pass on survival skills to their children, but they realize that if temperatures continue to rise, they must adapt or leave. 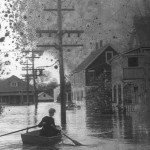 The Great Flood: The catastrophic Mississippi Flood of April of 1927, when the Mississippi river broke out of its banks in 145 places and inundated 27,000 square miles to a depth of up to 30 feet, was one of the most destructive river floods in American history. Part of this flood’s enduring legacy was the mass exodus of displaced sharecroppers. 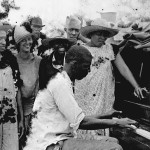 Musically, the “Great Migration” of rural southern blacks to Northern cities saw the Delta Blues electrified and reinterpreted as the Chicago Blues, Rhythm and Blues, and Rock and Roll. Using previously unseen outtakes from newsreel footage, minimal text and no spoken dialogue, filmmaker Bill Morrison reveals a society in the midst of a massive cultural, political and ecological upheaval. Guitarist Bill Frisell’s score embodies the catastrophic events and serves as the emotional narrator of the film. All film documenting this catastrophe was shot on volatile nitrate stock, and what footage remains is pock marked and partially deteriorated. The degraded filmstock figures prominently in Morrison’s aesthetic with distorted images suggesting different planes of reality in the story – those lived, dreamt or remembered. We see the images through a prism of history, but one that dances with the sound of modern music. 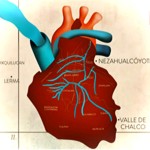 H2Omx: The film uses Mexico City as an environmental case study to meticulously examine water shortage, waste and pollution —as well as their social consequences— through an examination of the geographical, political and economic challenges. Can a mega-city mobilize its 22 million citizens to become water sustainable? Built on the basin of a great lake, Mexico City does not have its own water supply. Providing the city’s citizens with fresh water from other regions and states each day —and caring for their sewage— is a herculean task. And with a deadline, that experts estimate to be five to ten years in the future, before a water disaster can push the city over the edge, H2Omx makes an urgent call for committed action in order to solve the city’s water woes as the city struggles to save itself even as its population grows daily. 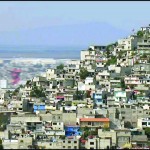 Using a visually magnificent and urban panorama, it’s an unsettling but beautiful watch as H2Omx combines science, technology, infrastructure and policy discussions with personal stories, to show how everything is connected —and a city’s water issues take meanings and shapes even beyond its borders— from dangerous detergent buildup in the clouds to farmers in Mezquital living off wastewater irrigation, to Chalco citizens fending off perennial floods.

The Workshop at UNESCO-IHE (Friday morning) will examine how scientific computation in the world of hydrology can be electrified and made compelling to a wider audience outside of the scientific community by using software tools to create cutting edge and dynamic imagery to tell the story of where we—as humans—will fit into the watery world of our new climate changed planet.